Pay Attention To The Signs

I finished my bike trip on the Petit Train du Nord trail in Quebec 2 days ago, but already it’s beginning to feel like it was weeks ago.  Time is funny like that when you move on quickly to the next thing … the previous thing gets prematurely shuffled into a drawer in the memory banks.

I had promised a post about the unusual signs I had found on the trail one day.  I’ve tried to find some background information about them, but came up with nothing.  To be honest, I’m not even sure where exactly I started to notice them.  I’m guessing it was near the town of Sainte-Agathe-des-Monts.  If anyone reading this post knows anything about these signs, I’d love to hear the story.

It started with a reasonably typical sign one might expect to see when riding through mountains … except on closer examination, it wasn’t typical at all.

I puzzled over the letters for a bit, thinking perhaps there was a message in there somewhere, but I came up with nothing.  I decided it was just one of those French peculiarities.

… at least that’s what I thought until I reached the next sign some distance down the trail.

If you’re thinking ‘what the hell?’, then we’ve had the same reaction.

The sign under the maze read “I have arrived where it begins“. 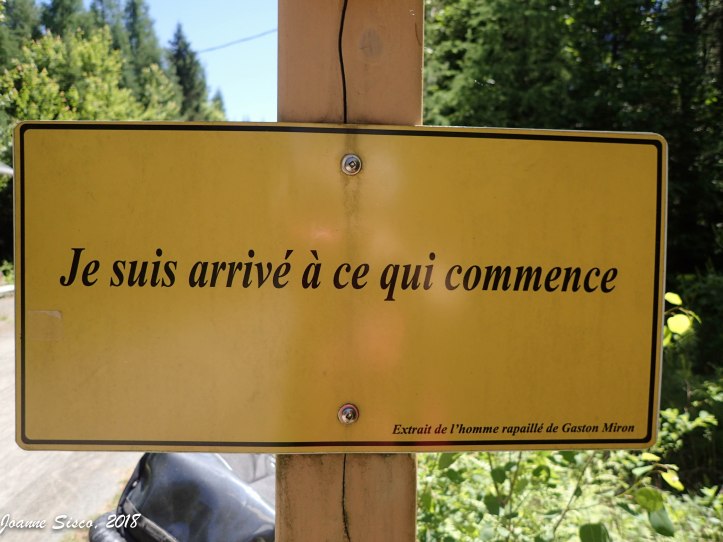 And yes, I’ve spent some time working through that maze trying to solve the puzzle.  I don’t think there is a solution.

That’s when it occurred to me that these were likely intended to be inspirational works of art, not literal traffic-type signs.

Now I really started to pay attention, and I wasn’t disappointed.  Before long I was encouraged to Jump and Sing. 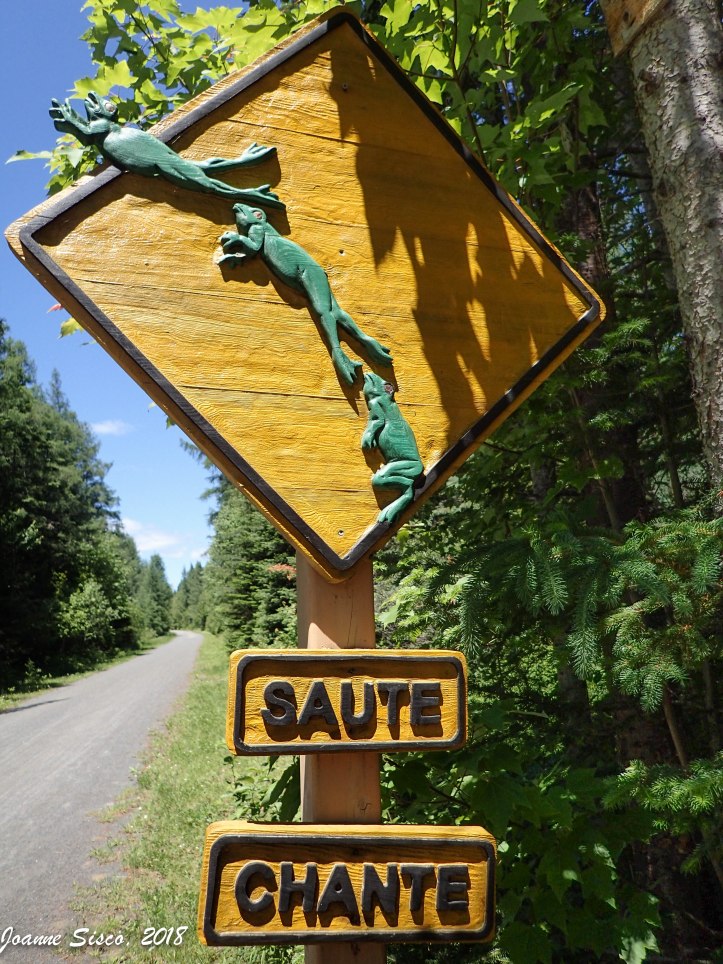 I thought that if there were signs in one direction, then there had to be signs in the opposite direction too.  My pace had now slowed to a crawl  as I tried to read every sign backwards as I went by.

There were other signs along the way, but they didn’t photograph well in the bright sunlight.  The last sign I could find however was a keeper with its sun dabbles and all.

A different kind of day ... bikes instead of hikes, urban trail rather than forest. Any excuse to head outdoors ... in spite of the chill and gloomy skies #outdoors #cycling #motherandsontime #waterfronttoronto @misha2442